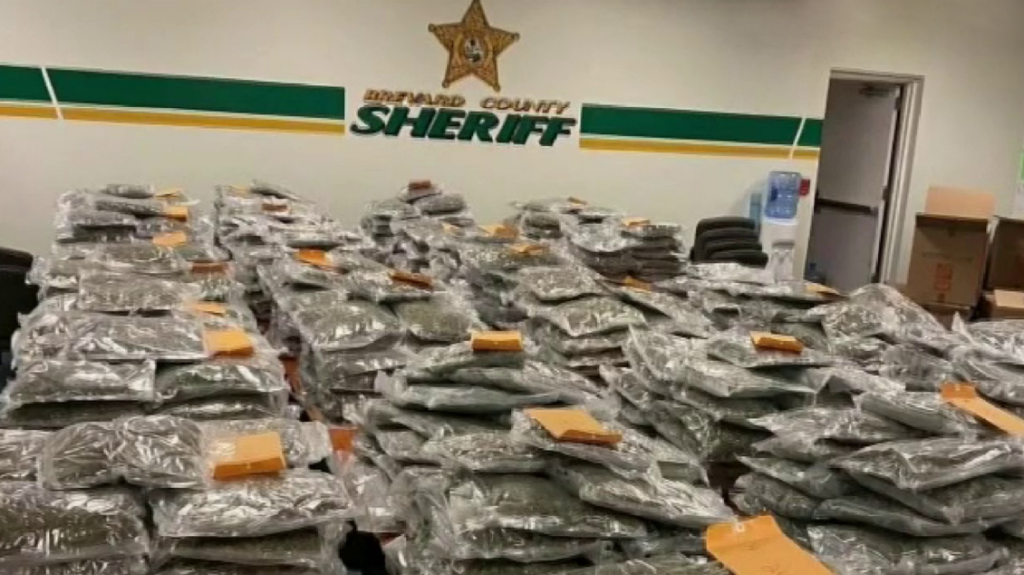 With all of the changes to marijuana laws in the United States, it’s pretty hard to keep up with the changing currents around the one of the nation’s most controversial controlled substances.

Yet, as with many things, the writing seems to be on the wall for laws criminalizing pot as many states have enacted their own decriminalization measures and some predict the federal government is right around the corner with a similar move.

In the meantime, however, marijuana remains illegal and you probably shouldn’t keep it in a storage facility. You never know who might stumble upon it.

That said, what do you do if you find 770 pounds of marijuana in a storage facility? If you’re authorities in Brevard County, you immediately start the search for the owner of the $2 million in illicit weed.

Of course, that statement is likely easier made than acted upon as the owners of so much contraband material are probably not going to come forward voluntarily.

“If you happened to have lost or misplaced approximately 770 pounds of high grade marijuana and would like to have your property returned, please contact our Narcotics Agents and we will be more than happy to reunite you with your lost property!!”

But the post doesn’t just stop there; and why should it? After all, the seizure of such a large amount of illegal weed is not only newsworthy, it borders on the absurd. Who keeps $2 million in marijuana in a relatively unsecured location? Again, Sheriff Ivey acknowledges that things happen.

“All of us at one point or another in our lives have lost or misplaced something important and are always hopeful that a good and kind person will find our lost item and do the right thing by returning it to [its] rightful owner,” he writes.

While it is unlikely the owners will come forward to claim their property, the sheriff’s office is investigating the case regardless and hopes to give the owners the precious gift of an all-expenses-paid staycation in one of their regional incarceration facilities.

He continues: “So if the 770 lbs of marijuana belongs to you, all we need you to do is come down to our Criminal Investigative Services building on Gus Hipp Blvd in Rockledge and claim your property with absolutely no strings attached!! Once we properly identify you as the rightful owner we will gladly return your property and also make sure that both you and your property are kept in a secure area so that no one can try to rip you off!!”

Interestingly, Florida has one of the fastest-growing populations in the United States but is still somewhat behind the times when it comes to marijuana legalization. Still illegal on the federal level, many states have pursued their own legalization efforts but the Sunshine State has largely skipped over this trend. Efforts are being made to decriminalize marijuana in Florida but, so far, it’s woefully behind states like Massachusetts, Colorado, and even fellow southern state Virginia.

But even with de facto decriminalization, don’t expect to get away with hoarding $2 million worth of marijuana in those states if you’re not a licensed vendor. So we can only imagine how much tougher the laws will be against someone in Florida posting these kinds of numbers.

To be fair, Florida does have a medical marijuana system though it, too, comes with a raft of rules and regulations. Among these includes non-transference of marijuana, holding under a certain amount, and keeping it in its original packaging. Florida has further disallowed users from growing their own flowers, a rising trend in many of the decriminalization and medical marijuana states. Again, in line with other states pursuing decrimlinalization, medical marijuana is specified for a range of illnesses and chronic conditions. There’s a lengthy approval process and medical marijuana recipients must keep their card on them at all times to prove to relevant authorities that they are, in fact, licensed to use it. The laws in Florida exempt medical marijuana from sales tax. In states where recreational use is permitted, states often collect hefty sales taxes and additional fees tacked on to the purchase. In other words, there’s still an incentive out there for black market weed in the amounts just seized in Viera.

Given this complex state of affairs, figuring out how hard the hammer of justice will fall upon you should you run afoul of Florida’s marijuana laws is complicated. Given that, we do know that possession of more than 20 grams of cannabis is considered a felony. What’s the punishment for such a crime? A fine of $5,000 and five years in prison or some combination thereof. In other words, it’s not a trivial matter to be sure.

With that in mind, we can probably expect the owners of the $2 million in marijuana to spend a long, long time in prison in addition to a hefty fine.

“In fact, we are so excited to return something this valuable to its rightful owner that we are also going to throw in an all expenses paid extensive ‘staycation’ so that you can reflect for a while on exactly how much your lost property means to you,” Sheriff Ivey promises.

While a Florida vacation normally sounds like an ideal thing, this staycation is probably anything but relaxing. Maybe next time don’t store 770 pounds of illegal weed in a public storage facility? Or, at the very least, wait until the plant is legal for recreational use. Either way, Sheriff Ivey is ready to speak with the owners of this flower and it can’t be too soon.