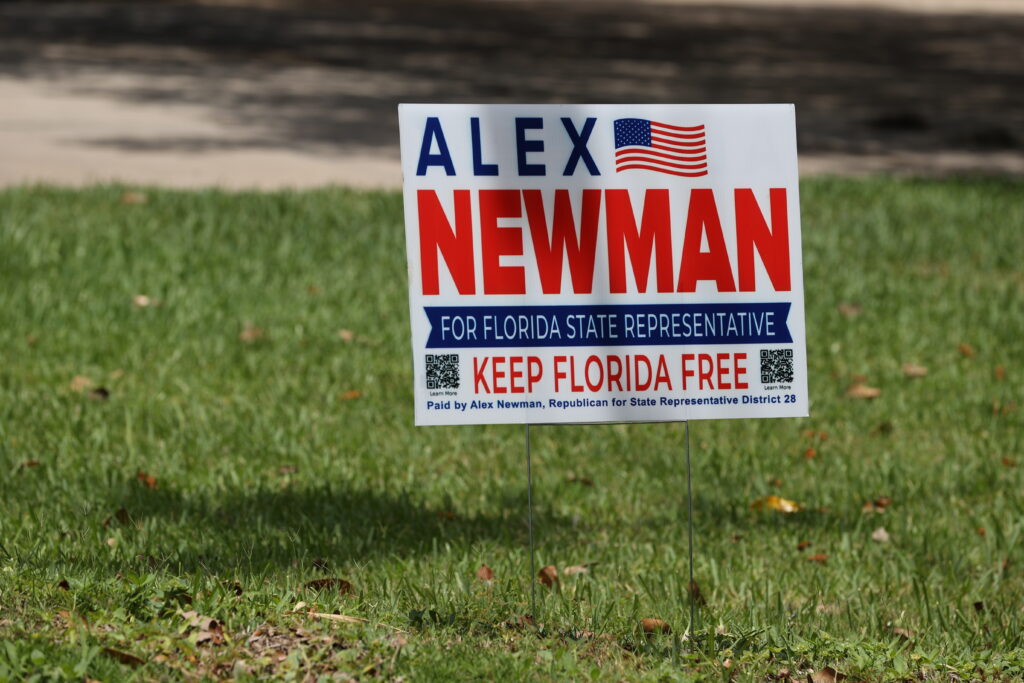 Alex Newman is a lot of things. No, seriously – there are so many layers to Alex Newman. Award-winning international journalist with a list of achievements as long as your arm. An educator and talented author with the kind of publications most people only dream of. A consultant on a passionate mission to glorify God in his work and everything he does. When it comes to Alex Newman, there’s more than enough to talk about all day.

A native Floridian, Newman boasts a bachelor’s degree from the state’s beloved University of Florida. His work carries an emphasis on economics and international relations, and is complemented by an A.A. degree in foreign languages from Miami-Dade College. Add to that nearly a decade’s worth of experience living and working in Volusia County, and it’s easy to see why he is considered by many to be a Sunshine State treasure.

Which isn’t to say he’s constrained to the State of Florida, either. In his lifetime, Alex has actually lived in eight countries, including the US, Brazil, France, Mexico, South Africa, Spain, Sweden, and Switzerland. He is fluent in various languages, with work cited by governments and media outlets all over the world. He is a frequent guest on radio and TV shows, both national and international.

And all of this is before even talking about his home life. An invested father of five children with a flare for homeschooling, as well as a devoted husband, Newman’s focus has been family since the early days of his career. Balance that with his award-winning journalism, media interviews, and public speaking across the US (and beyond), and you start to get a bigger picture of what makes Alex Newman special. Over the course of his career, he has reached millions of people from year-to-year with messages of faith, family, and freedom. And his list of endorsements spans conservative leaders including such noted figures as Ron Paul and Phyllis Schlafly, as well as Volusia County Chair member, Jeff Brower.

With a rap sheet like that, you’d be forgiven for thinking there wasn’t much more to say on Alex Newman. You’d be wrong.

Alex Newman serves as the sitting president of media information and consulting firm, Liberty Sentinel Media, Inc, an impressive enough position all on its own. In addition, he has also contributed to an array of national and international publications, foremost working as a contributor to World Net Daily (WND). Add to that his work as an education writer for FreedomProject Media, foreign correspondence at The New American magazine, and writing for the Law Enforcement Intelligence Brief, and it’s hard to tell where he finds the time. And that’s before taking into account his work writing for various newspapers and magazines from the Gainesville Sun to Liberty magazine, The Diplomat and Crisis magazine, Swiss News, Sunshine State News, Campus Reform, and Alachua County Today.

His career has seen him working in branding positions in the role of Creative Director, for leading international brands based out of Miami. All of this while being happily married and a loving father to four children, as well as serving the Volusia County community with faithful representation in Tallahassee.

Alex Newman and the Mission to Keep Florida Free

If you are looking for an inlet into the mindset of Alex Newman and his place in modern America, look no further than this quote from his website: “America Is In Crisis, And Florida Can No Longer Afford To Send Business-As-Usual Politicians To Tallahassee. We Must KEEP FLORIDA FREE And Turn Florida Into A Fortress For Freedom In These Increasingly Uncertain Times.” As a representative of this great state and an extremely experienced fighter in the war for personal freedom, Newman has made great strides in securing his idea of the future for Florida.

Let’s take a closer look at some of the key issues on Newman’s docket:

Overreach at the Federal Level

Whether it be illegal vaccine mandates and efforts to hijack education or attacks on constitutionally protected gun rights and the right to life, the Biden administration is waging all-out war on the rights of Floridians. Governor DeSantis has valiantly resisted many of these assaults despite opposition even from many in our own party who swore the same oath to the Constitution. But today more than ever before in American history, courageous legislators who will boldly and constitutionally stand up for the Constitution and interpose on behalf of Floridians are needed in Tallahassee. Alex Newman plans to be that voice.

One of the big hot button topics in Florida over the last two years has obviously been efforts to intercept illegal vaccine mandates and work to commandeer education for similar ends. Attacks on gun rights or the right to life, both enshrined in the constitution occupy a similar place in our hearts and minds, and the Biden administration is constantly butting up against the rights of Floridians to have these safeties secured. With Governor DeSantis’ brave work against these attacks, Florida legislators now more than ever need to defend the Constitution. Luckily for all of us, Alex Newman is one of those legislators.

It’s no big secret that government taxes on the average man are at an astronomical level, with far too much spending going on at all levels. A massive pillar in Alex’s pledge is to never vote for tax increases of any sort, regardless of how they may be dressed up. Whether in the form of a fee or something else, new taxes aren’t set to roll out of Alex Newman’s office anytime soon.

The truth, in fact, is actually quite the opposite: Alex is working steadily to reduce taxes, regulations, and government spending in all sectors barring public safety.

As part of Alex Newman’s public mandate to uphold the best interests of his constituents, he takes the constitution’s clear explanation of personal liberties very seriously. With American liberties coming from God, and under the confident leadership of Gov. DeSantis, Florida is a battleground for resistance against federal warping of America’s core values. Alex Newman’s promise is to work hand-in-hand with his fellow lawmakers to protect Florida’s rights from lawmakers at the federal level.

Florida law-enforcement officials have, in recent years, come under relentless attack from various sectors, whether private or criminal. Socialists, Democrats, and extremists have poured negativity over the entire law enforcement industry, often working in direct opposition to the best interest of the people of the Sunshine State.

Alex Newman stands with local police and law enforcement on his way to Tallahassee. From our faithful police officers and state patrolmen to local sheriffs and deputies, risking your life to protect Floridians still means something to Alex Newman, and he supports them in his work and politics.

At the core of his extensive political work, Alex Newman touts a strong belief in the Second Amendment. So much so, in fact, that he will staunchly oppose any effort, whatsoever, to undermine these rights. Once he is in Tallahassee, a significant priority for Newman will be to cut and reverse the attacks on constitutionally-protected rights instituted by his opponents as early as 2016. These include:

Protecting unborn Americans is obviously one of the biggest issues raging through the American political system in recent years, and Alex Newman is a strong supporter of this protection. His work will be staunchly in the camp of defending life from conception to natural death. He will also be seeking to establish more concrete sanctuary state protections to help republicans in the state establish a firm foothold for their pro-life safeties.

For any democracy to function properly, voting systems need to be held to very specific standards. Protecting the integrity of an electoral system is critical to maintaining public confidence in that system and the candidates it produces. Alex Newman echoes many of the same concerns espoused by most Americans regarding the security of the country’s elections, especially in the wake of 2020. In his work, a significant amount of time will be devoted to making sure legal votes are counted and election fraud is spotlit in a way that it never undermines the American voting system ever again.

An education free of indoctrination and misinformation should be the foundation of any modern society, but American children have had a tragic opposition to this in recent years. A true education with students proficient in core subjects should be the bare essential, but studies have shown these standards slipping. As a father and education advocate, Newman will work to safeguard Florida’s children with education policies that put them first. Protecting Florida’s children from radical bureaucrats and fringe ideologues will serve the purpose of setting them up for a purer, less compromised education.

The modern climate has been especially aggressive towards corporations and businesses, forcing these same businesses to turn to lobbying politicians for taxpayer money. The result, as you might guess, is a drop in production and service standards in favor of a “get rich quick” approach. While politicians funnel support in trade for votes for campaign contributions to stay in power, the answer to this whole situation is clear, and that’s that it is completely unacceptable.

Alex Newman’s work to promote free market principles will take him into the offices and lobbies of local Florida businesses in an attempt to fix this broken system. Rather than corporate kickbacks and steadily dropping standards, Newman’s work will bring us back to a time of being stewards of our own tax dollars.