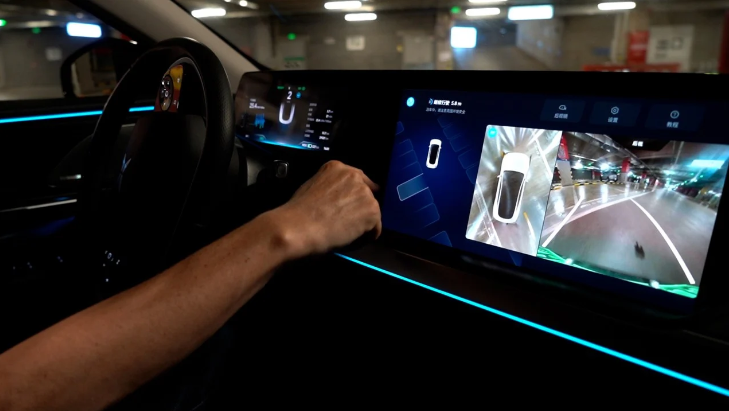 Congress has spoken and they agreed that stopping drunk drivers has to be a priority. In order to accomplish this goal, they ensured that language was added to the recently passed and signed into law legislation that mandates all new vehicles sold in America has to include a system designed to detect whether a driver is intoxicated behind the wheel.
The technology has existed for decades that is capable of determining whether or not a person was under the influence of alcohol (drunk). However, until now, this type of system had to be ordered to be installed into a vehicle of a person convicted of Driving Under the Influence (DUI) or Driving While Intoxicated (DWI) by a judge. That has all changed, thanks to the new legislation that was passed by the majority in both House and Senate and then signed into law by President Joe Biden.

What is meant by Anti-drunk Driving Technologies?

The ability to detect and determine the blood alcohol concentration of a driver before the car vehicle can be started is the basis behind anti-drunk driving technology. Using sensors installed in the vehicle, the system is able to detect the presence of alcohol and also determine the concentration in the body of the driver of the vehicle.
If the system determines that the alcohol level is above the legal limit, the system is capable of disabling the ignition system. This will render the vehicle inoperative and therefore prevent a possible intoxicated person from operating a vehicle.

While there have been many different detection systems developed over the years and marketed to companies that operate fleets of vehicles, there are two very distinct types of systems. They also use a wide range of different ways of detecting the level of alcohol in a person’s body. The two most common detection systems are breath and touch.

The two systems use technology in the form of sensors installed in the vehicle that is able to detect the presence of alcohol either by breathing into a device or placing your finger on one. Below we will discuss the two types of systems currently being evaluated by the National Highway Traffic Safety Administration.

A breath system uses a combination of chemical analysis technology and mechanical interlock technology to render a motor vehicle inoperative. By analyzing the breath of the driver it can determine if they are significantly impared based on the amount of alcohol in their system. This type of system has long been used as the primary way of keeping people from drinking and driving.

Over the years there have been innovations in technology that make them much more technologically advanced. The initial breathalizers required the driver to blow deeply into a tube on a handheld device. The device would be connected to the car computer system and if it was determined that the driver had a high blood alcohol level the interlock would disconnect and the car would not start.

Today, there is an innovation that has revolutionized how breath systems function. The new system involves sensors embedded into the passenger cabin and these sensors passively sample the air and then determine the blood alcohol level of the driver. One of the best systems and most widely accepted by the auto industry is a system known as DADSS or Driver Alcohol Detection System for Safety.

The unique new system analyzes the concentration of carbon dioxide and ethanol in the exhaled breath. Using several sensors to detect the carbon dioxide and possible ethanol present, using wavelength technology and a sophisticated calculation, it can determine the exact level of alcohol in the driver’s body.

A touch system is the second way that is said to be under investigation by the government to determine which should be used by automakers to comply with the new law. The law was designed to save lives by reducing the number of drunk drivers behind the wheel of motor vehicles.

A touch system is designed to detect and analyze the amount of alcohol in the bloodstream of the person behind the wheel. The use of infrared light is a very easy way to determine the amount of alcohol is present. Embedding a sensor possibly in the start button of the car or even the steering wheel. As the light passes through the skin, the wavelengths are measured to be able to determine the exact concentration of alcohol.

The relatively new technology called spectroscopy is what is being used as a proof of concept. Spectroscopy is used to determine the amount of alcohol moving through the capillaries in the skin of a single finger. This touch system combines chemical analysis technology and infrared light to be able to calculate the precise amount of alcohol in the driver’s bloodstream.

More research into the implementation is being conducted as to where and how to place the touch sensor. It is needed to be placed in the most natural position as not to disrupt the driver’s normal routine.

At the end of the day, drunk driving is still at the top of the list of causes of vehicle crashes and deaths in the United States. So, even though the technology has existed for decades to prevent certain intoxicated people from driving, it has either been voluntary or mandated by a magistrate order.

That’s right, the use of interlock devices that can disable a vehicle has existed, but up until now, they weren’t ever part of the vehicle’s original equipment. There are a whole host of reasons, but that is for another article. This article has to do with the new law that was passed by Congress and signed into law that mandates all new vehicles include an anti-drunk driving device.

It will be up to the government agency responsible for driving safety, National Highway Traffic Safety Administration. They have been charged with evaluating all of the current systems available and coming up with the one that fulfills all of the requirements.