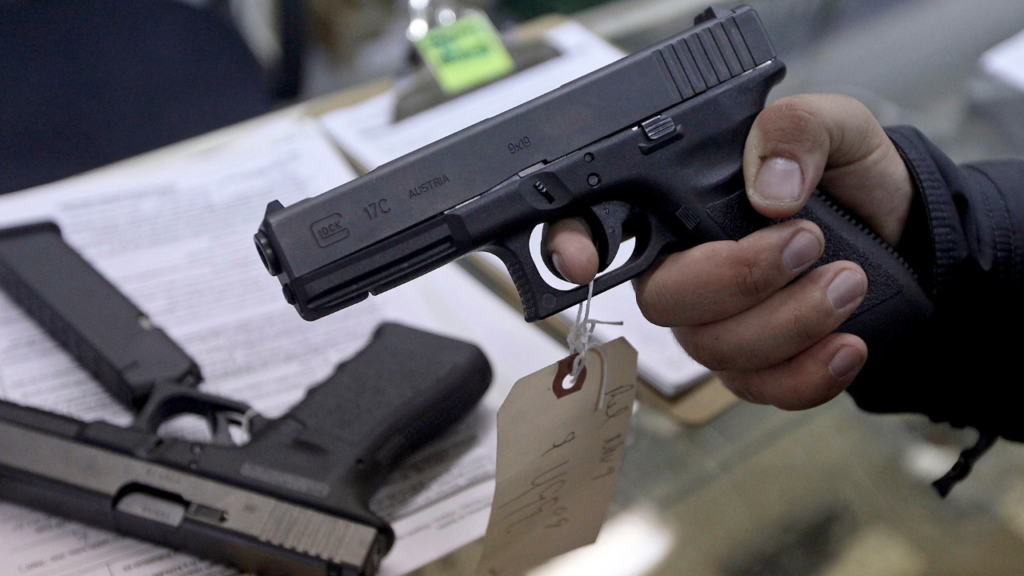 However, you feel about the current state of affairs in the United States, I think we can all agree we find ourselves in strange times. For a variety of reasons, thousands of Americans are now becoming first time gun owners. Since 2020, new gun ownership has been steadily increasing.

A lot of different opinions are out there on why this is happening, or if it should happen. The fact of the matter is more Americans are becoming involved in their second amendment rights now more than ever.
The year 2020 set a record for over 39 million firearms being sold, and in 2021 that number dropped by about a million. So far, it seems for 2022 the number of new firearm sales will be about the same as 2021.

Regardless, an astounding number of these gun sales were the result of first-time gun owners.
To gain some insight into the reasonings for this increase in fist-time gun ownership outside of the opinions of biased left-wing media.

The Effects of the Pandemic

There’s no doubt the pandemic gave rise to new gun ownership. With the prospect of civil unrest and an unruly society, many Americans didn’t know what to do. Many figured now would be as good a time as any to be prepared to defend themselves.

So many Americans became new gun owners that in fact many gun stores ran out of inventory. There was also an ammunition shortage, and firearms manufactures were having a hard time keeping up with demand.

A massive event such as the COVID-19 pandemic caused a chain reaction of social and political events, so it just goes to show how much an event like that can influence people. Suddenly, many Americans who were vehemently anti-gun are now gun owners for the first time.

We’ve seen a wide array of gun control changes and reform in the last few years. Not only are some of our gun rights being challenged, but at the same time some states are extending less restrictive gun laws.
With the looming threat of an assault weapon ban, restrictions on pistol braces for AR-15s and many others, Americans are rushing to buy guns before they become restricted.

This is a common trend when gun rights are threatened, for both long time and new gun owners. Americans don’t like the idea of their rights being restricted, so they try to get ahead of it.

At the other end of the spectrum, many states, such as Ohio, have introduced constitutional carry rights for the first time. This allows all individuals legally allowed to possess a firearm to carry concealed within the state. Many other states have done this in recent years, with possibly more to follow soon.

With more universal carry rights, more Americans are starting to seriously consider the idea of owning a firearm for concealed carry without as many hoops to jump through.

The Desire to Not Rely Entirely on Law Enforcement

After the shortcomings of how law enforcement handled the tragic Uvalde shooting, Americans can see that law enforcement isn’t always the fastest or even most reliable response to violence.

This is not to say that law enforcement is useless, because that’s far from the case. Law enforcement remains a vital and irreplaceable part of our modern society, but nothing is perfect.

Through the example of the Uvalde incident and others, Americans have realized that law enforcement can only get to the scene so fast. Mass shootings can happen in an instant, so perhaps the best defense is armed citizens.

Just look at the mall shooting incident in Greenwood, Indiana. Elisjsha Dicken was able to dispatch the shooter within possibly seconds. Imagine the statistics from that day if he were not there, and the mall goers had to rely on law enforcement alone.

It’s becoming more and more clear to the American people that to protect yourself and your loved ones, you may have to take matters into your own hands. People are realizing this fact, which is a major factor in the rise of first-time gun owners.

Continued Distrust in the Government

Since 2022 and the COVID-19 Pandemic, Americans have steadily seen infringements on their personal freedoms from congress.

In combination with lockdowns, mandates, and not to mention the continued infringements on the second amendment, it doesn’t give people a good feeling about the future.

Many Americans have chosen to become firearm owners for fear of the right being taken from them altogether. In addition, Americans who have been silent can no longer stand to do so and have decided to participate more in their constitutional rights.

It’s hard to predict what’s to come, but the second amendment was intended by the founders to keep the government in check so it won’t overreach its power. America’s response to the steady erosion of their personal freedoms is to further strengthen their resolve for the meaning of the second amendment.

The Effects of Mainstream Media

It’s no secret that mainstream news outlets like CNN and MSNBC are biased to the left side of the political spectrum. Despite this fact, they still dominate most of the media that Americans consume whether they seek it out or not.

The mainstream media reports on guns in a way to suggest gun ownership should be further restricted. As we continue to see in the wake of mass shootings, this only adds fuel to the fire. Gun sales always skyrocket after news outlets report on mass gun violence.

The mainstream media reports on gun violence, but how they do it seems result with the opposite effect they intended. Instead of shying away from guns, many Americans see these news stories and realize they need to arm themselves, so they won’t become the next victim.

Firearms training is a rapidly growing industry. Not only do Americans want to own guns, but they’re more interested in learning how to properly use them.

With training classes being offered by shooting ranges, private facilities, and training organizations, there are more options to receive training than ever. As a result of this access, word of mouth has spread from those who take classes.

Even if individuals don’t own a firearm before taking a shooting course, they almost always purchase their own soon after. With the new skills and knowledge they learned, even if they only intended to get their feet wet with guns, it morphs into believing in the sanctity of the second amendment.

Supply chain concerns have ben looming over the U.S. since the onset of the Pandemic, and we don’t seem to be out of the woods just yet.

Continually espoused by the mainstream media is the ever-present threat of the supply chain breaking down so bad that even food becomes scarce. This thought does not sit well with many people, so many of the same motivations from the pandemic inform their decision to become a gun owner.

There is also the threat of supply chain issues making it difficult to obtain a firearm and ammunition in the first place. Instead of putting off until its too late, an increasing number of Americans are taking the steps to be prepared an owning a gun.

Another aspect of a growing population of gun owners are shooting sports. Not only are firearms a tool for personal protection, but they are also beloved for their recreational opportunities.

Sports like skeet and trap shooting, long range rifle shooting, three gun, competitive pistol shooting, and many others have been popular sports for many years, but interest in these sports continues to grow.
The popularity of shooting sports sparks an interest for new gun owners, and new gun owners simultaneously become interested in shooting sports, so they feed off each other.

Despite what you see on mainstream media outlets, firearms ownership is not always doom and gloom or life and death. Generations of Americans have enjoyed shooting sports, and more people than ever are joining in on the fun.

A rapidly increasing amount of YouTube channels, Instagram accounts, and other forms of social media have gained traction through the firearms niche in recent years.

This gun related media continues to go viral all over the internet and is enjoyed by millions of users across multiple platforms. Despite some of efforts to limit gun content from left-leaning social media companies, its clear people can’t get enough.

Not only is gun content entertaining for many people, but many of these content creators also have a special focus on firearms education. Many people who have never had much exposure to firearms are being educated on the purpose and function of firearms.

Gun related social media has undoubtedly been a key factor in the amount of new gun owners. Because social media lends itself to interaction, many users are sharing to their pages and with their friends, which only adds to the amount of exposure gun content receives.

The sheer number of firearms in America can’t be denied. While the mainstream media vilifies second amendment gun rights, many social factors have created an environment where owning a firearm starts to make more sense each day.

Gun ownership is on the rise in the United States, there’s no doubt about it. Despite the wild and ill-intentioned reasons the left wind media claims for this trend, it seems Americans are simply becoming aware of reality and exercising their constitutional right.

What are Ghost Guns?