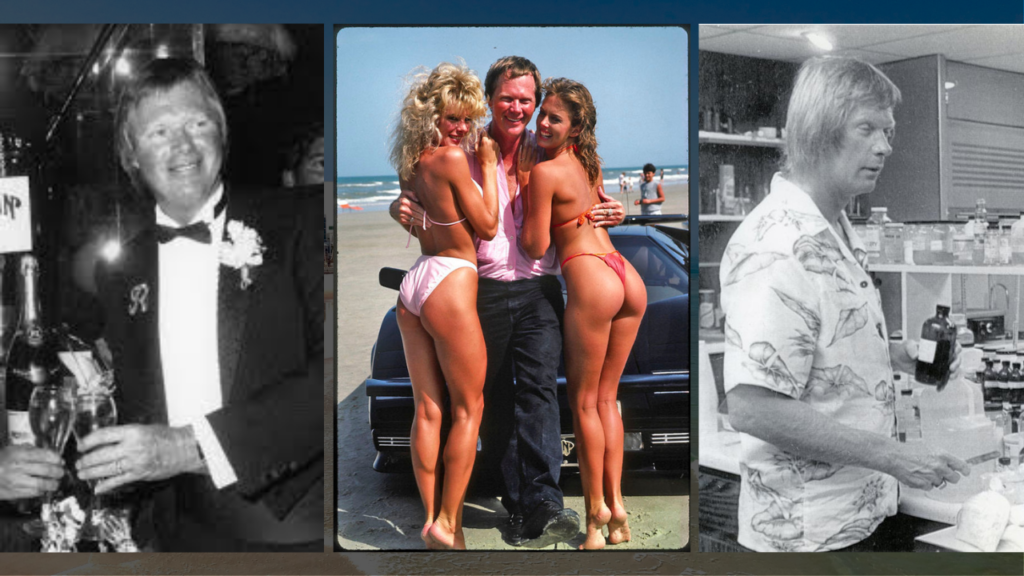 Daytona Beach – The founder of suntan lotion brand Hawaiian Tropic, Ron Rice, has died at the age of 81, following declining health in recent months. He passed away in his 12,000 square foot beachfront home on the morning of Thursday, May 19th. Rice’s official Facebook page stated: “It is with much sorrow that Ron’s family would like everyone to know of his passing this morning. Please allow us privacy in this time of grieving. Ron was loved and admired by many.”

A few minutes later, posts began pouring in from friends, coworkers and business associates, as well as dozens of local Daytona Beach community members, all sending their love and recognition for Rice.

Ron lived with an entrepreneurial spirit his whole life. His journey into business and the world beyond began in the mountains in a small log cabin in Asheville, North Carolina. By the age of 5, he would stand roadside infront of his home selling apples, grapes, nuts, honey, apple cider vinegar, Christmas wreaths and anything else he could. He did it to help his family bring in a little extra money.

Wanting to pursue a career in education, Rice enrolled at the University of Tennessee where, during his summer breaks, he worked as a Florida lifeguard to pay for his tuition. The beach, with its warm climate and thriving Summer culture provided the perfect lifestyle for Ron. With a Bachelor of Science under his belt, he was scooped up by a Florida high school as a chemistry teacher and football coach, earning $4,300 a year.

During a free vacation to Hawaii, Rice noticed something that would shape his business career for the rest of his life: Hawaiian women using natural oils to protect their skin from the sun. As a huge supporter of natural products and a lifelong fan of the beach, Rice had always wondered about a natural sunscreen that could shield his own skin from the sun. After all, years of being a lifeguard and spending hours in the baking Florida sun can take its toll on anybody’s skin.

And so the search began. When he couldn’t find the product he was searching for, he turned his curiosity to creating his own. Something natural but effective, that would allow him to achieve that perfect golden tan just like the native Hawaiians he’d met on his trip.

Ron’s father, his greatest mentor, had taught him from a young age to be hardworking, instilling in him the essential American values that lived with him throughout his life. He loaned Rice $500 so he could pursue his American dream, using the money to set up a business in his home garage.

With a strong background in chemistry, Ron began by testing different combinations of avocado, coconut, Kukui and other natural oils. He mixed these in garbage cans, working day and night until he eventually settled on a formula that was perfect for his vision. With his new formula in hand, Rice was ready to hit the road and share his product with the world.

At the time, he was driving an old ford Mustang convertible. The car had been almost entirely eaten away by Florida’s pervasive salt air. He would drive to pool decks and lifeguard stands, selling his original suntan product. He would start his day early in the morning, working as hard as he could to put his suntan lotion in the hands of as many people on the beach as he could.

It wasn’t long until word began to spread about this new tanning product that had hit the Daytona shore. At the time, no one had ever heard of a natural tanning formula. Ron’s product did not only help protect skin from damaging rays but also produced the golden tan everyone was looking for. It was a surefire hit.

As part of his marketing strategy to build up his brand, Rice collaborated with everyone he could. His old teaching, lifeguard and football staff. He would send the football team themselves throughout the country, building Hawaiian Tropic into a thriving brand with a strong foundation.

Rice also developed the Miss Hawaiian Tropic Pageant, embracing the beach party experience. Drawing bikini models from all over the world and famous celebrities from Hollywood to judge his events, Ron’s brand exploded in popularity and his product began to turn into an undeniable success.

Without a doubt, Ron Rice was a living example of what American dreams are made of. Hawaiian Tropic was officially started in 1969. It was sold in 2007, to Playtex Products Inc. for $83 million, giving Connecticut-based Playtex about 32% of the U.S. market for sunscreen and other related products.

Before the acquisition, Hawaiian Tropic occupied a 306,600-square-foot headquarters in Ormond Beach, FL. The company employed over 400 people that worked at the facility, and a further 2,000 worldwide. It sold its products in over 150 countries, dominated the U.S. and Canadian markets with over 125 products, ranking #1 on the Riviera, Caribbean, Mexican and South American beaches.

Rice re-entered the skincare industry in 2015 after his non-compete clause expired, founding the new competing company, Havana Sun, even hiring several former employees and distributors. With his business knowledge and history, Ron could have started a company in any industry. Suntan products are what he knew the best, though, and most importantly, it’s what he was passionate about.

Ron had fallen ill in the last few years of his life but, as part of his journey, he was working on an autobiography which is to be released sometime in 2022. He will be greatly missed and his work has left a lasting impact.

Also Read: Annie Gaybis: A Florida Actress in the Time of Covid