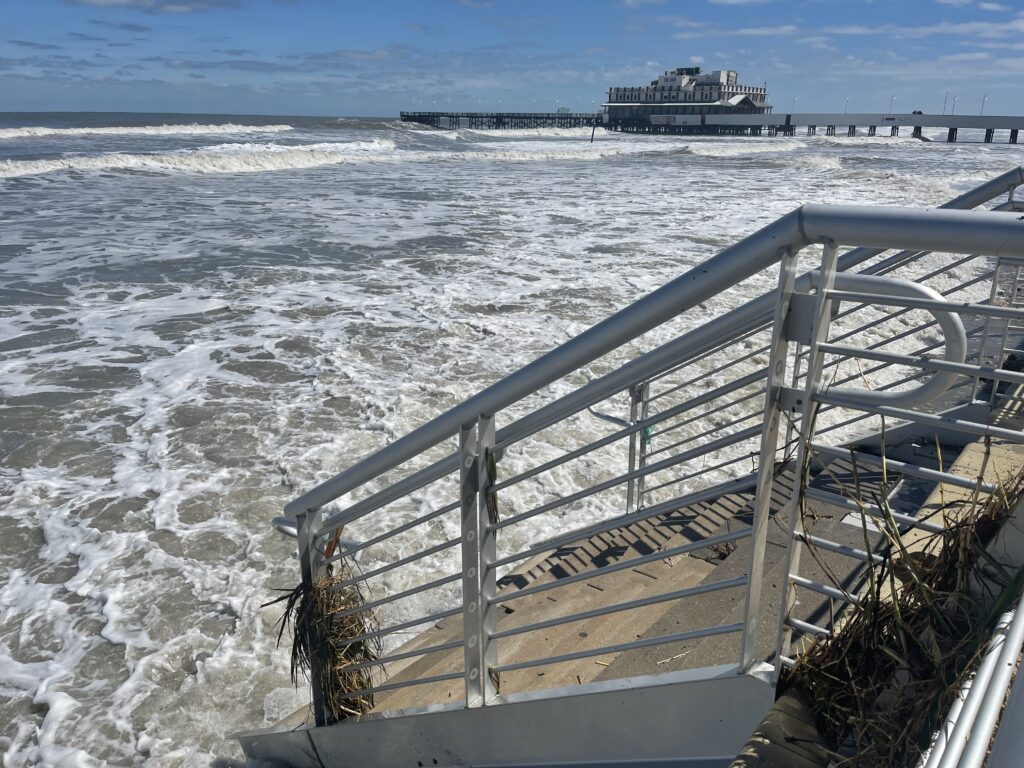 The approach of Subtropical Storm Nicole put citizens, governmental organizations, and business owners into preparedness mode once more on Monday ahead of the storm’s predicted midweek arrival. Damage from Tropical Storm Ian was still visible along the Volusia and Flagler coast.

The early effects of Nicole were anticipated to hit Volusia and Flagler counties on Monday, according to the National Weather Service in Melbourne, even though Nicole isn’t projected to make landfall on the eastern Florida Peninsula until sometime on Wednesday.

Nicole wasn’t expected to be as disastrous as Hurricane Ian, but the vast system promised to be enough of a disruption to force several school closures for Wednesday, including those in Miami-Dade, Broward, and Palm Beach counties. Tens of thousands of people along the coast, including in Palm Beach, Brevard, and Volusia, were also being forced to evacuate.

As a part of an advisory area that covered Florida’s east coast from Miami-Dade County to Glynn County, Georgia, Volusia and Flagler counties were under both a tropical storm watch and a storm surge watch on Monday.

In order to prepare for Subtropical Storm Nicole, Governor Ron DeSantis on Monday issued Florida emergency declaration for 34 counties, including Volusia and Flagler.

AccuWeather Forecasters Rate Nicole on a Scale Of 1-5

Nicole has been given a 1 on the AccuWeather RealImpactTM Scale for Hurricanes because it will have long-lasting effects on the Sunshine State due to pounding waves, powerful gusts, and torrential rain. In contrast to the Saffir-Simpson Hurricane Wind scale, which only takes into account wind intensity, this scale considers the effects of storm surge, coastal erosion, floods, wind, and economic damage.

Nicole will develop into a hurricane before reaching landfall early on Thursday around the central Florida coast. Along Florida’s Atlantic coast and generally over the Florida Peninsula, impacts might be severe.

The busiest airport in the state, Orlando International Airport, announced Tuesday afternoon on Twitter that operations would cease at 4 p.m. on Wednesday “until circumstances permit operations resume.”
Mandatory evacuation orders have been issued for some households beginning on Wednesday morning in the counties of Palm Beach and Volusia. According to a press release on the county website, the order is in place in Palm Beach starting at 7 a.m. ET for zones A and B, which comprise barrier islands and low-lying areas.

The order went into force in Volusia County, which includes Daytona Beach, on Wednesday at 10 a.m. It applies to all campsites, RV parks, and mobile and constructed homes as well as all those east of the intracoastal waterway and in flood-prone zones.

Nicole is Anticipated Here on Wednesday

On Monday night, Nicole is expected to slowly move east of the Bahamas before turning west and moving through the middle or northern Bahamas by Wednesday. By late Wednesday night or early Thursday, Nicole is forecasted to approach the eastern Florida peninsula.

According to the Weather Service, Central Florida should start making preparations now for at least tropical storm conditions by mid to late week.

Additionally, on Monday, Volusia County officials encouraged locals to remain off the beach and get ready as Nicole, which is expected to hit the shore a little over a month after Ian, poses a threat to further harm it.

According to Kevin Captain, community information director for Volusia County, “this storm is predicted to become a very large subtropical storm over the next several days with the potential of being upgraded to either a tropical storm or possibly even a hurricane.”

Kelvin Captain further stated that “the direct path and intensity of the storm is not entirely certain. However, what we do know is that all of Volusia County will experience some effects, especially those who live on the coast.”

County officials in Flagler County issued an urgent call for citizens to begin storm preparations.
Residents and businesses on the barrier island, which stretches from the border of Volusia County to the border of St. John’s County, should be ready to leave as early as Wednesday morning, according to officials.

According to Emergency Management Director Jonathan Lord, “at this time, it is expected that Flagler County will see conditions similar to what we saw with (Tropical Storm) Ian, to include coastal flooding and power outages but with less rainfall and therefore less inland flooding.”

“If we call for evacuations, we will open a shelter,” he further stated.

Some Dangerous Conditions to be experienced in Volusia County

Jim Judge, the county’s interim emergency management director, stated at a press conference on Monday that Volusia County was already experiencing hazardous marine conditions that are anticipated to worsen over the following few days along with additional effects.

According to Jim Judge, winds might reach 20 to 25 mph inland and 25 to 30 mph at the shore, with gusts of 35 to 45 mph. In some areas of the country, the storm surge might range between 2-4 feet and 5 feet. Tuesday, Wednesday, and Thursday could see waves as high as 8 to 10 feet, according to him.
Jim Judge further asserted that the Halifax River’s water level might rise by 2-3 feet. Countywide rainfall could reach 4 to 8 inches.

Due to this month’s full moon, Southeastern Florida has already seen some of the highest tides of the year. The National Weather Service forecasts that Tropical Storm Nicole’s approach would dramatically raise these tides, leading to even higher water levels and additional beach erosion for coastal communities on the state’s east coast throughout the ensuing several high tide cycles.

By pushing and piling the water on the shoreline due to the strong onshore winds being produced by the massive, strengthening storm, coastal flooding and beach erosion will already be probable before Nicole makes landfall.

Nicole will rake most of the Bahamas before slamming into Florida. Residents of the north and central Bahamas were urged to make last preparations and seek protection as much as they could on Tuesday by emergency management in those areas.

Capt. Stephen Russell, the head of the National Emergency Management Agency, and others warned of already deteriorating conditions on some family islands. “The storm is now on a path on a course, headed west with winds now up to 60 miles per hour; so it’s definitely on a projected path to impact the northwest Bahamas,” Capt. Russell said.