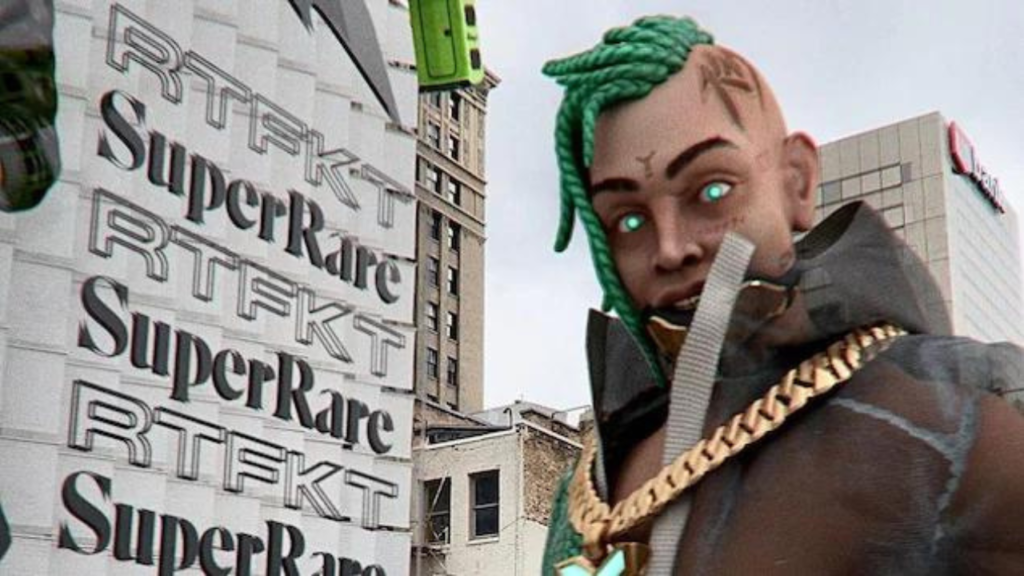 In what could be considered one of the quickest rises and falls of a new artist, rapper FN Meka was both signed to and dropped by major music label, Capitol Records, within just a week. It turns out, robots can be cancelled too, because the racially insensitive behaviour from FN Meka is how he managed to have his deal cancelled within mere days.

For those who are not on the pulse of the music industry, you may have missed a historical announcement for the music industry and artificial intelligence. Music Business Worldwide (MBW) reports that on the 12th of August 2022, Capitol Records announced that they were signing FN Meka. What makes this artist so unique is they are the first artist powered by artificial intelligence to sign a deal with a major record label.

On the same day, FN Meka released his first single for Capitol Records called ‘Florida Water’ and there were some big names that contributed to this. The single featured real-life rapper, Gunna, and gaming streamer Clix. Turbo, who has previously worked with Travis Scott, Young Thug, and Lil Baby, was the producer whilst DJ Holiday, who has worked with the likes of Nicki Minaj and Gucci Mane, came in as the executive producer.

Capitol Records views working with FN Meka as the advancement of music and technology working together. Executive Vice President of Experimental Marketing & Business Development for Capital Music Group, Ryan Ruben, told MBW that this decision “[it] meets at the intersection of music, technology, and gaming culture. It’s just a preview of what is to come.” Under the leadership of newly appointed Chair & CEO, Michelle Jubelirer, this decision is one of Capitol Records’ boldest and most controversial.

Who is FN Meka?

FN Meka is a robot rapper developed by the co-founders of the virtual and digital talent company Factory New, Anthony Martini and Brandon Le. In what could be assumed to be a derivative of dated PlayStation characters, FN Meka is cyborg-like sporting punk green hair, face tattoos, and extravagant streetwear. In the year since his creation, he has amassed an astounding 10 million Tik Tok followers and over one billion views for his videos posted on the platform. In his content, FN Meka displays his unique virtual world, including Bugatti jets, Maybach helicopters, and limo’s with teppanyaki grills. His social media influence saw the release of his first two rap songs in 2019.

According to Anthony Martini, FN Meka’s voice is a human, however, everything else about him and his songs is based on AI. Martini told MBW that FN Meka was created through“ using thousands of data points compiled from video games and social media.” In 2021, Martini told MBW that through analysing popular rap songs and databases of rap tropes, the AI technology was able to build different parts of the songs, including the “lyrical content, chords and tempo” which came together to make the final track. Although a human voice was used, Factory New is working on technology to perform the lyrics too.

Factory New aims to create more of a roster of artists who are solely AI, utilising the widespread influence of social media to catapult more AI artists into the public eye. Martini told MBW ”if fans only ever see their favourite artists on screens anyway, then what difference does it make if those artists are real people or avatars?” He [Martini] goes on to discuss most music nowadays is written by teams of people based on what will sell well, which is then performed by the most popular artists who are “vessels for commercial endeavours.” With the use of AI technology, this process can be more efficient and reliable unlike the traditional method of writing songs which requires an abundance of resources in search of the next superstar.

The announcement of Capitol Records and FN Meka’s relationship has sparked quite a bit of controversy within the music industry. The main cause for concern is the accusation that the robot rapper’s creator, Anthony Martini, who is white, is perpetuating harmful stereotypes of black people through the rapper’s music and social media content.

One Twitter user wrote on the 22nd of August 2022 “FN Meka is an AI generated rapper, it already has a record deal with a major label and 500k monthly Spotify listeners, also uses the n word in its song.” FN Meka has used the n-word in previous songs, including his 2019 hit, ‘Moonwalkin’, as well as in post-sensitive Instagram content. He also posted a computer-generated graphic of fabricated police brutality, displaying Meka being beaten by a police officer because he “won’t snitch.” “An AI rapper that says the n-word fabricating police brutality… literally every single thing about this is so off-key,” another Twitter user writes.

Many also believe that this record deal will lead to the downfall of good music and the music industry. One Twitter user said “FN Meka already got 500k monthly Spotify listeners and a song with Gunna. The system is broken.” It is argued that the record deal could have been offered to a real life, budding musician instead of giving the robot rapper a quick rise to fame.

On the 23rd of August 2022, Capitol Records announced that they had ended their partnership with FN Meka after negative reactions to the AI rapper’s harmful representation of Black and hip-hop culture. Capitol Group released the following statement to Rolling Stone:

“CMG has severed ties with the FN Meka project, effective immediately. We offer our deepest apologies to the Black community for our insensitivity in signing this project without asking enough questions about equity and the creative process behind it. We thank those who have reached out to us with constructive feedback in the past couple of days-your input was invaluable as we came to the decision to end our association with the project.”

Mere hours before the statement was released from Capitol Group, the online activist group, Industry Blackout, calling out Capitol Records on Instagram. Established in 2020, Industry Black is an online association focused on civil rights causes involving Black causes and the music industry. The statement from Industry Black called for Capitol Records to terminate the deal with FN Meka, issue a formal apology, remove all Meka’s content from all platforms and donate funds meant for FN Meka to black youth charities and black artists.

TMZ reported that sources from the music label described some employees blame Capitol Record’s lack of diversity for the deal getting the green light in the first place.” They go on to say that one source even mentions that there are very few Black executives in leadership positions within the company.

On Tuesday, Factory New founder, Anthony Martini, spoke with The New York Times, describing how he was expecting Capitol Records to cancel the deal within the week. Martini attributed that “blogs that have latched onto a clickbait headline and created this narrative” are the reason for the mass cancellation of FN Meka. “Some of the early content, now if you take it out of context, it obviously looks worse or different than it was intended,” Martini stated, going on to add that “the team behind FN Meka was actually one of the most diverse teams you can get — I’m the only white person involved.”

Capitol Records confirmed that FN Meka did not receive an advanced payment at the signing of the deal. FN Meka’s music has been removed from all platforms. As of the 30th of August, 2022, Meka’s Instagram profile has been placed on private and all Tik Tok content has been removed aside from one video of a cockroach listening to music through AirPods.

This is not the first incident of AI and AR characters being called out for racially insensitive behaviour. It highlights how racist stereotypes are excused as “parrot learning” and provides another case of Black culture being appropriated for financial gain by white individuals. There is no stopping the integration of technological advancements within the music industry, but there is obviously a need to consult specific individuals or subgroups to ensure that cultural issues, such as racism, do not seep into this space.

Who is Andrew Tate ?

Annie Gaybis: A Florida Actress in the Time of Covid