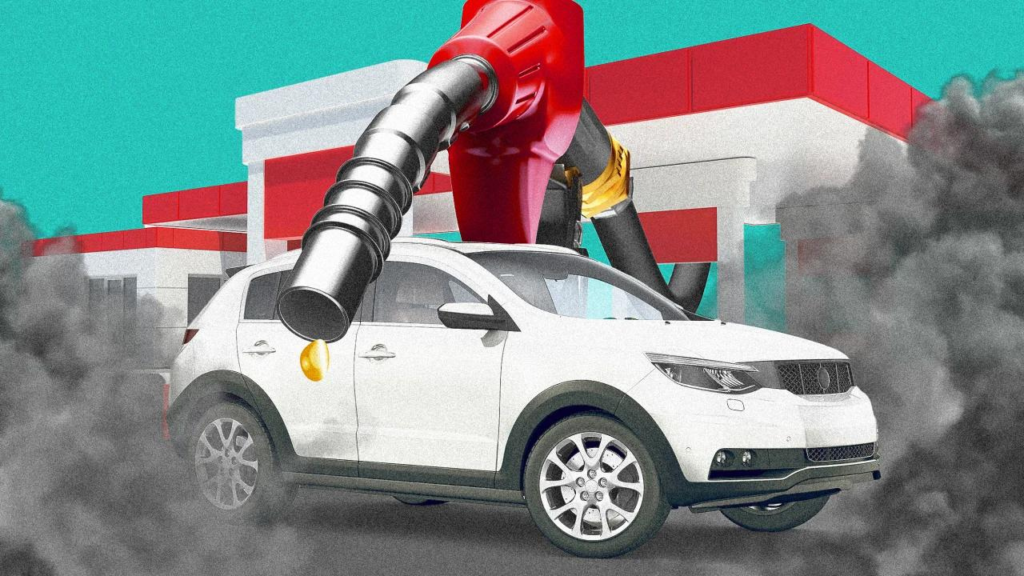 Two years ago Governor Gavin Newsom asked to develop regulations for passenger vehicles and trucks to increase the zero-emission vehicles sold in California to reach the target of 100 percent of in-state sales by 2035. Now, the California Air Resources Board (CARB) has issued a new rule that officially bans the sales of vehicles that are fully gas-powered in the state by 2035.

Almost all members of the board agreed with the rule, which will hopefully put an end to the sale of combustion-engine vehicles step by step. Through the first step, 35 percent of new car sales in the state have been mandated to be electric vehicles (EVs), plug-in hybrids, or models equipped with hydrogen fuel cells by 2026. The next milestone which is by 2030 will increase the adoption to 68 percent, and the last step will be 100 percent by 2035.

This is just going to be a real tipping point for the electric vehicle industry as more states of the US adopt California’s measures in this regard. At some initial points, it might be tough to find a charging station, but that is not going to happen overnight. California Air Resources Board chair Liane Randolph says that this rule will halve the pollution caused by light trucks and cars by 2040. California is also aiming to switch to 100 percent renewable energies by 2045.

As the new regulations clarify, the rule is not going to completely ban the sale of cars powered by gasoline. Automakers will still be able to sell a small number of plug-in electric vehicles that can run on gas engines once the battery dies in the middle of the way. Plug-in hybrids will count the same as a fully electric vehicle only if they can provide 70 miles or more of electric-only range and complies with the other regulations for EVs stated in the rule.

Also, California’s rules will not ban the sale of gas-powered cars on the used car market. In other words, you will not be fined if you drive a gas car after 2035; The rule is only about the sales of “new cars.”

The Impacts on The Current EVs

The new rule actually impacts the current and future EVs even more. It tries to enhance the range, efficiency, durability, charging, data standardization, repairability, and battery labeling of EVs. Automakers are also encouraged to offer discounted EVs to community carsharing programs, raise the number of EVs used at dealerships, and offer EVs for less than the $21,000 suggested retail price.

Implementation of the new rules will require remarkable investments in California and other states of the US. California will certainly need to expand public charging stations to be able to deal with the surge in the manufacturing of EVs.

The Alliance for Automotive Innovation, which represents the most famous carmakers, explains that implementation of the new ambitious rules would be extremely challenging for the state due to the lack of charging infrastructure, access to materials necessary for batteries, and supply chain issues and obstacles.

Even if everything goes smoothly in California, the transition will still take several years to occur. That is because several years are needed for fully EVs to outnumber gas-powered cars which have been dominant on the market for many years.

The Other Similar Moves

The rule issued in California has led to similar moves in the other states. The move will certainly have a ripple effect in other states that have been historically following the CARB’s lead. New York, Massachusetts, and Pennsylvania are also among the 17 states that have already passed out similar laws, though they are not officially forced into following through with this.

Jay Inslee, Washington state’s Governor said that the state will follow California and prevents the sales of new gas-powered vehicles by 2035. The regulations for Washington have not yet been created, and the public has the chance to weigh in. Currently, more than 40 percent of greenhouse gas emissions in Washington state are related to transportation.

Inslee set up a state council to plan for the future of EVs, which held its first meeting in July. Members of the council decided to build a network of fast-charging stations on the highways in Washington. The plan will be supported by $71 million from the federal government.

According to Washington’s department of licensing, almost 20 percent of new vehicle registration in the state in July were either electric or hybrid. This counts for 104,000 vehicles – fully battery electric or plug-in hybrid – which is almost 2.5 times the total from two years ago.

Washington has also been active in pushing the sales of EVs forward before. Earlier this year, the Washington state legislature passed a bill that requires all light vehicles sold in the state to be electric by 2030. This was the second effort in the state to phase out the internal combustion engined cars and light trucks by the end of the decade.

The Other States Following the New Move

Most of the states in the US are planning similar moves. Either they have similar plans or they are joining the move led by California. Let’s briefly review this:

Massachusetts: The Department of Environmental Protection in Massachusetts has announced that it will adopt and perform California’s standard for clean cars. Also, the department will try to explore new strategies to decrease the cost of EVs.

Santa Rosa: This August, Santa Rosa, which is a city in Sonoma County, was one of the largest cities in the US to ban the opening of new gas stations. This was an effort to fight climate change and increase public awareness about it. Reports show that more than half of the county’s 486,000 residents now live in a jurisdiction where new gas stations are banned.

Vermont: Officials in Vermont have also declared that they will try to increase the sales of EVs over the coming decade. The state’s department of environmental conservation has estimated that 5.4 percent of new vehicles sold in the state will be zero-emission by 2025.

Maine: “Maine Won’t Wait” is the name of the climate change plan conducted specifically in Maine. Janet Mills, the state’s governor, announced that the state is going to sell 200,000 zero-emission vehicles by 2030.

Connecticut: Governor Ned Lamont has recently signed a bill ensuring the residents and businesses in the state will access clean, affordable passenger vehicles, trucks, school buses, transit buses, and electric bikes. Also, the state aims to put 125,000 to 150,000 EVs on the road by 2025.

Oregon: Officials in Oregon have also planned the annual sale of at least 90 percent of new vehicles to be zero-emission by 2035.

New Jersey: The state is trying to raise the number of EVs and enhance the related infrastructure. Officials claim that 85 percent of new light-duty vehicles sold in the state will be EVs by 2040.

Maryland: Maryland launched the “Clean Car Program” back in 2007 and is ready to adopt California’s new rules. The state’s department of transportation has recently raised the funds to enhance the EV infrastructure.

Delaware: Governor John Carney announced back in March that the state will follow California’s new regulations and will reduce its carbon emissions by at least 26 percent by 2025.

Colorado: Jared Polis, the state’s governor, said that the state is aiming to achieve 100 percent renewable energy by 2040.

Rhode Island: Governor Daniel McKee has joined 11 other states that asked Biden to support the plan to gradually stop producing gas-powered cars by 2035.

Minnesota: As a matter of fact, Minnesota was the first Midwestern state to follow California’s emissions rules in 2021. Despite that, some lawmakers are forcing the state to abandon California’s standards.

New Mexico: New Mexico’s Clean Car Rule has been implemented recently in an effort to phase out gas-powered cars, trucks, and SUVs by 2026.

Virginia: Virginia also joined California’s clean car standard in 2021. The state is trying to stop the pollution in trucks and heavy-duty vehicles by 2030.

Nevada: Officials in Nevada are also aiming to reduce greenhouse gas emissions by 28 percent and then 45 percent by 2025 and 2030, respectively. However, the state’s new policies do not follow California’s rules to phase out gas-powered cars by 2035.

Pennsylvania: Although the state has not announced it will follow California’s new regulations, they have taken steps to support the use of EVs, such as installing chargers in high-traffic areas.

On the other hand, many well-known automakers have also announced their efforts to fully switch to electric vehicles by 2035.