Monkeypox Cases Are on The Rise Across The Nation 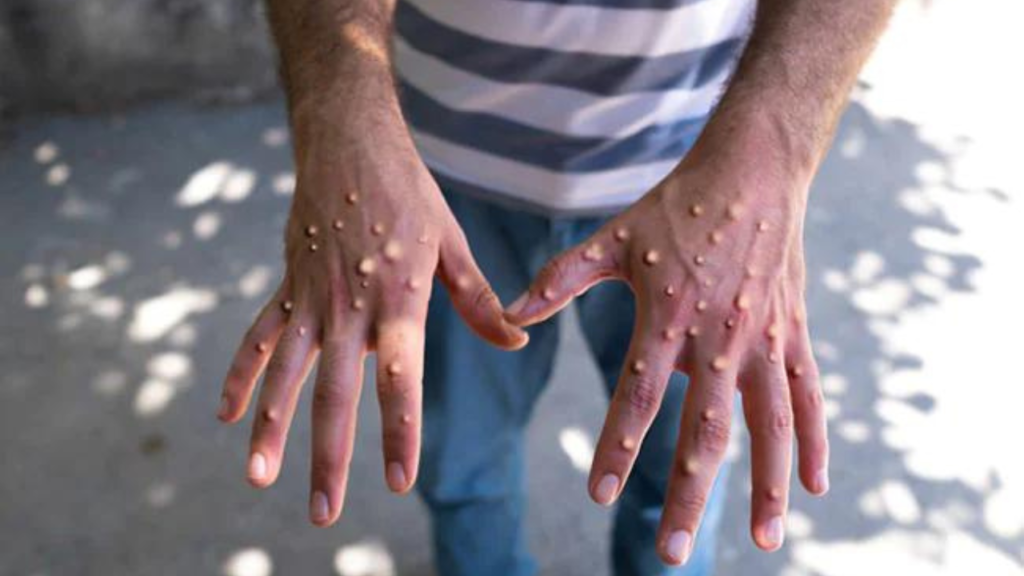 Monkeypox as implied by the name was first isolated in monkeys. However, the virus is primarily carried by rodents. It is an infection caused by a virus similar to that of smallpox though it tends to be more severe when compared to smallpox. It has been known to be common in African countries. It spreads through intimate contact and social interactions between an infected person and uninfected. Monkeypox is referred to as endemic because the infection has spread between rodents and humans for a long time. According to experts, this strain of virus has spread undetected and adapted to transmitting between humans for years and thus, is more difficult to study and provide solutions to.

Symptoms of monkeypox includes; fever, headache, exhaustion, back ache, muscle aches, chills, swollen lymph nodes, and flu-like symptoms. Monkeypox may take time to show symptoms because it has a long incubation period and can take about 4-21 days to produce illness in an infected person. A rash develops 3 days after an infected person falls ill. Rashes which are usually found on the face, neck, hands, feet, neck, mouth, around or on the genitals of the infected can be either few or widespread. It is important to seek medical advice because asymptomatic illness has been predicted with the evolving virus and some people exhibiting these symptoms may have the disease.

The first major outbreak of monkeypox outside parts of Africa was confirmed in a Massachusetts man on May 18 and has since been declared an emergency outbreak gradually turning into a global crisis. The foremost symptom of monkeypox is the appearance of lesions usually filled with the carrier-virus on the skin of the infected. The spread of monkeypox is usually through the rupturing of the lesions and sometimes through droplets usually produced by infected people when they sneeze, cough or spit.

The virus that causes monkeypox can be transmitted through body fluids but it doesn’t linger in the air. A major symptom of monkeypox is the appearance of rashes and lesions which ranges from being itchy to excruciatingly painful on the skin of the infected person. This therefore, can infect a healthy person especially if they have physical contact with an infected person when the skin is broken. Monkeypox can also spread through sexual encounters but that is not the only way. There have been a lot of questions on whether people can get infected from public transportation, living with an infected person, and through handshakes. The answer is yes. Although the chance of spread is lower, prolonged exposure to infected people and surfaces can result in infection.

Monkeypox can be spread through several ways which includes;

How to prevent monkeypox

With the recent spike in monkeypox cases, the CDC put some recommendations in place to curb the spread of monkeypox in our communities. Although at the moment, it doesn’t seem like the disease can be easily cured. However, we must also take preventive measures to prevent the contraction and transmission of the disease. Following are some preventive measures to avoid being infected with monkeypox.

Although monkeypox may be found to be more severe in some persons when compared to others with respect to age-group and health conditions, we should all be cautious.

Monkeypox, the various myths and misconceptions surrounding it. With the high rate at which monkeypox has been spreading in USA with over 5000 cases, there have been several misconceptions, myths and some facts regarding:

Although it has not been confirmed that transmission of the virus can occur through semen, it hasn’t been totally ruled out. However, according to Joseph Osmundson, a biologist at New York University, more cases of monkeypox have been found among gay and queer people including trans and non-binary people resulting in a lower chance of infection in children and adults that are not sexually active.

What to do when you get infected

There are several health departments and public laboratories approved for the testing of monkeypox. Directives have been issued for people experiencing symptoms of infection to get tested and properly diagnosed. The U S food and drug administration is responsible for protecting the U.S from infectious disease threats. Their various roles in the monkeypox response include;

FCPS has advised people that notice symptoms of monkeypox such as rashes and lesions due to possible recent exposure to the virus to contact a primary healthcare physician that can order the test, isolate at home and encourage people that may have come in contact with the disease to get tested. They are also advised to put on high-quality face masks when going for tests or treatment to avoid possible spread of monkeypox.

Due to the rate of transmission of monkeypox, some cases have been found in colleges. Physical contact which is a major way for the spread of the disease is almost unavoidable among students especially in gyms and locker rooms. Therefore, colleges have put certain teams in place to serve as emergency response units. Due to the higher infection time frame of monkeypox when compared to COVID-19, a longer period of isolation is required leading to a higher demand for isolation centers for infected students.

Colleges are also getting prepared to provide support for students in isolation. Remote learning is being considered for infected students in isolation so as not to miss out on school work. The Jynneos vaccine which was initially designed to protect people against smallpox have been found to effectively decrease the symptoms and lower the risk of infection if administered not more than two weeks after contact with the virus. Again, according to WHO, 99% of cases in the U.S are associated with male-to-male sexual relations, there’s a brewing concern about stigma against the LGBTQ community.

As previously seen in cases such as HIV, AIDS and some major sexual infections, such stigma tend to prevent infected people belonging to the community from speaking up and informing their close contacts about potential exposure to the infection and getting the required medical help which will help to curb the spread of the infection. The stigma will therefore have a negative effect on public health status as it allows the infection to spread.

The Center for Disease Control and Prevention has started working towards the reduction of the stigma. Most colleges are not equipped for monkeypox testing and so students have to go off campus to get tested in some other laboratory. For example, one of such laboratories that students of Lake Forest might have to get tested in is an STI clinic and getting tested there might suggest they got tested for an STI which monkeypox is not. This has prevented many students from getting tested to avoid discrimination. It is important to know that “anyone can get monkeypox regardless of age or sexual preference”.

Scientists have maintained that the disease will continue to spread because some people may turn out to be asymptomatic, there is no known cure yet and unavailability of enough vaccine to administer to the infected. The infections are widespread to different parts of the Earth that it will be difficult to be easily curbed.

Transmission of monkeypox in the place of work

Many workplaces require certain exchange between the consumers and workers, employee and employer, and among the workers. This has made certain levels of monkeypox transmission in the workplace possible. Droplets from lesions of infected employees or customers left on surfaces can therefore aid the spread of monkeypox when unsuspecting healthy people come in contact with such surfaces.

However, taking precautionary measures by the use of protective items such as hand gloves in the place of work is advised. Avoiding unnecessary contact with customers and co-workers by promoting contact-free greetings is also a way to protect ourselves against monkeypox. Frequent hand-washing and use of hand-sanitizer should be encouraged at home and at work. Employees that may have been exposed to monkeypox are advised to monitor themselves for at least 21 days after exposure for symptoms which include fever, skin lesions, and muscle aches.

The number of days post-exposure is due to the long incubation period of the monkeypox virus. If an employee develops any of these symptoms, they are advised to seek medical evaluation, medical care and wait to be cleared by health personnels before going back to work if they get diagnosed with monkeypox. These measures when put in place will aid employee safety as well as continuity of business.

Employees that do not need to be physically present at work are advised to work remotely or with more flexible schedules if they have symptoms of infection. This allows them to self-isolate, reduce work disruption and at the same time, enhance productivity. Regular disinfecting of work spaces is also a major move to curb the spread of monkeypox at our work places especially if such spaces have been recently occupied by an employee suspected to have been infected. It is advised that those performing the cleaning wear protective gears and follow state regulations for the disposal of hazardous waste by disposing used gears properly to ensure their safety and that of others.

As commonly seen with other virus types, our recent knowledge of the disease is likely to change with time. The method of transmission, treatment and how to curb its spread, and availability of vaccines are all subject to changes with mutations which will have effect on the severity and transmission of the disease. With the prediction that monkeypox will not be as severe as COVID-19 in mind, it is also important that employers be prepared for certain disruptions to their workplaces.

Employees should be prepared to help reduce the spread of infection by encouraging safe practices, providing safety items, ease the concerns of infected employees, without discrimination against them, and providing sick leave for employees in isolation. The fact that we’re barely out of a pandemic has made it easier to prepare for the outbreak at our workplace and ease into already existing remote working plans on one hand, and difficult to tackle the recent outbreak on the other hand because people are starting to get comfortable at their workplaces once more.

Aloe Vera For Hair Growth: Does it work?

How To Shop For The Best Patio Furniture