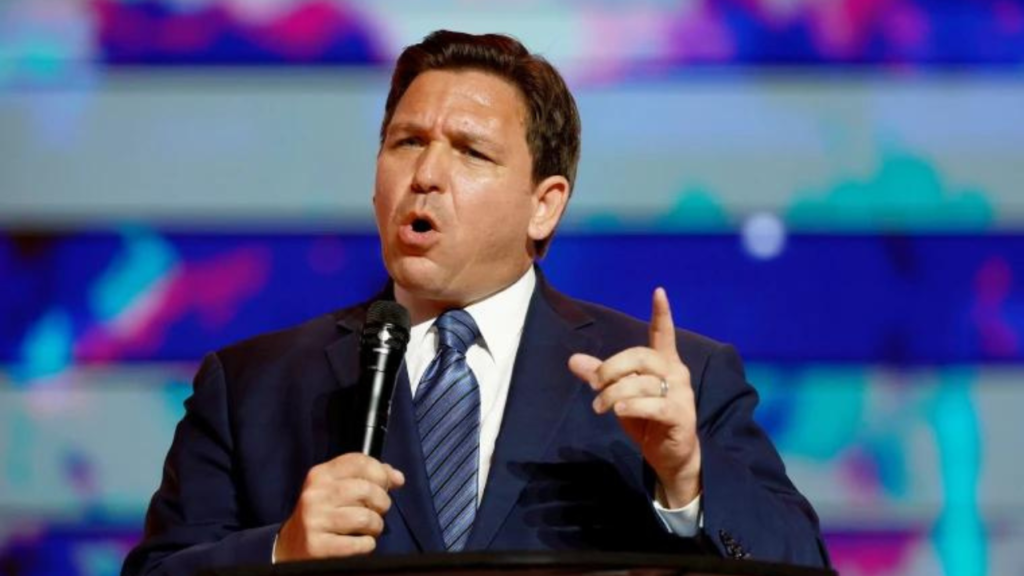 Ron DeSantis, Republican Governor of Florida has decided that he was going to take the problem of voter fraud in his state, head-on. Voter irregularity and potential fraud are nothing new to the Sunshine State. Florida has had a long and storied history of issues with election problems. The most glaring has to be the infamous “Hanging Chad” situation that occurred during the Presidential Election of 2000. This election featured Republican candidate George Walker Bush and Democrat Al Gore.

This involved a technicality in the voting process in the State of Florida, which covered how the votes were hand counted. Not to delve too deep, caused a huge black eye for the State of Florida and put the results of the election to question for several months. It was ultimately worked out and George W. Bush was finally declared the winner.

Fast forward 22 years and the State of Florida is once again front and center of some of the most contentious debates over voting issues. In this article, we are going to delve into some of the most recent circumstances and talk about how current governor, Ron DeSantis is handling the situations.

Who is Governor Ron DeSantis?

Let’s talk a little bit about Ron DeSantis and how he got to be the governor and then we can get into the specifics about the voting issues. Governor Ron DeSantis became the 46th governor of Florida as a result of the 2019 state election. Before running for governor, Ron DeSantis represented the 6th US Congressional District of Florida. He served in that capacity from 2013-2018.

Realizing that election integrity is a very important issue that is not just a Republican issue. It is a very important thing for the state as a whole. If the people of Florida cannot feel confident that the election for the people they are trusting to run the government, then there are a series of problems. In light of the issues that arose from the 2020 General and Presidential Elections, the legislature and Governor DeSantis joined together to establish the Office of Election Crimes and Security.

The office was recently created as part of legislation passed during the 2022 session. Unfortunately, there are people in the state that have been criticizing Gov. DeSantis for his staunch advocacy against illegal aliens voting. These same people are against any form of preventing unauthorized voting in the State of Florida. Their usual argument is that any law that requires proving who you are (providing an ID) is somehow voter suppression.

Evidence the extra protection is warranted

The most recent case pointing to the benefits of having the new office involves the arrest of 20 Floridians that participated in the 2020 General and Presidential Election. All 20 individuals will be ex-felons and none of them were eligible to vote according to Florida Law. According to Governor DeSantis, speaking during the public announcement of the arrests there are more to come. The investigation by the Office of Election Crimes and Security is still ongoing.

While many critics (mostly Democrats) claim that the numbers of voter fraud are insignificant because they are so small in numbers and sporadic in concentration. The simple and succinct response is, that any amount of fraud calls the integrity of our elections into question. This should not be a political issue, it should be an ethical question.

The majority of the people who were arrested in the initial wave of arrests were from three of the largest counties, DeSantis promises that there will be more to come. Broward, Miami-Dade, and Palm Beach counties made up the majority of where the arrests were made, however, there were some from other counties throughout the state.

Opposition to the Voting Laws

While you would think that almost everyone would be interested in the protection of election integrity. Unfortunately, that just isn’t the case and every time there is a call for investigating or reform of voting laws, these people come out on the side against any attempt to make elections more secure.

With organizations like Florida Rising, Governor Ron DeSantis has seen push back again in his attempt to keep all elections safe and secure from fraud and irregularities. One of the core tenants of the grassroots organization is that they fight against voter suppression and other things that limit access to voting by the people of Florida, but mostly minorities, according to its website.

The interesting part about their opposition is that the amendment that was passed by the voters actually helps people who would have been otherwise kept from voting previously. As long as the felony that the individual was convicted of was not a murder or felony sexual assault, they could petition to have their state voting rights fully restored.

In the State of Florida people convicted of serious felonies are not allowed to vote in any election. In 2018 the people of Florida decided that certain felony convictions should not preclude Floridians from the right to participate in state elections. The amendment (Amendment 4 to the state’s constitution) allowed for the restoration of voting rights, except for convictions of murder and felony sexual assault.

According to an article covering the story on the announcement of the arrests of the 20 individuals at least some of them were arrested for voting during the 2020 election. At least some of them likely failed to properly seek the restoration of their voting rights and just tried to vote. I am pretty sure that the judge that hears the initial round of cases will take into consideration whether they just failed to follow the process and were in fact eligible.

Despite the push back from Democrat-supported groups and organizations that call any type of election integrity laws voter suppression, DeSantis will continue to call on legislature and the state election officials to reform the election laws and processes to insure there is the necessary transparency and that the people of the State of Florida can feel confident in the results of any and all elections that are held in Florida.