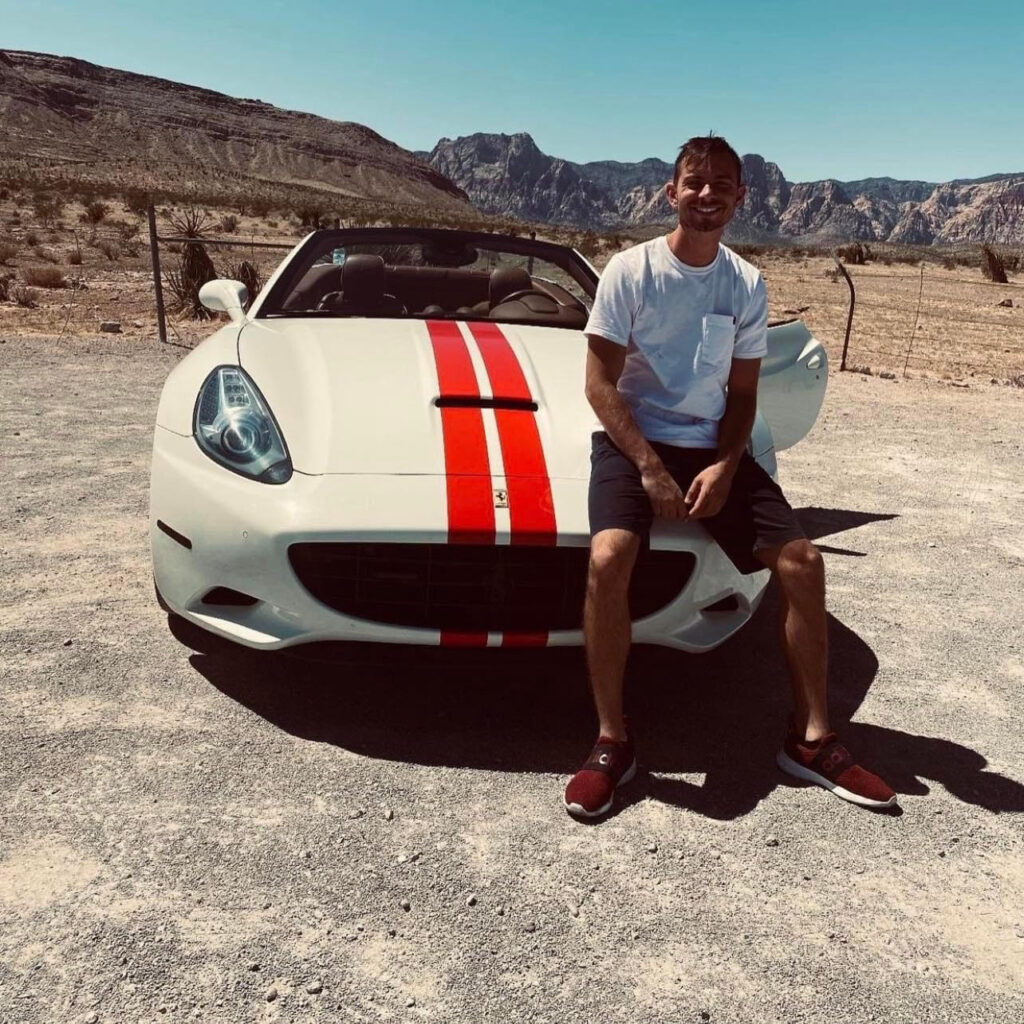 James Pitenis is an entrepreneur, digital marketing expert, and business consultant, best known for his comprehensive business networking with Fortune 500 companies, creating strategic partnerships. Among his career highlights is extensive work with Marketing 360, one of the largest leading digital marketing agencies in the USA. In his role, he has been responsible for sourcing millions of dollars of business, annually, and continues to make his name as a breakout star in the digital marketing field.

Pitenis was also instrumental in helping to scale Wojo Media, a facebook ad management agency, as well as establishing the foundations for their successful automation. Additionally, James has put his industry abilities to work in bridging the gap between Phorest, a CRM company serving over 10,000 salons throughout the nation, and Marketing 180. He also facilitated multiple deals between private equity firms and companies needing to raise capital.

James John Pitenis completed the International Baccalaureate Program at Spruce Creek High School in Port Orange, Florida. Even as a young man, he sought to advance his skills, playing on the Varsity Golf team for all 4 years of his education. In 2012, their team placed 2nd at the Florida State Championships, and 3rd place at the National Championship in Scottsdale, Arizona. Not one to rest on his successes, James was recruited to play on the Men’s Golf team at Embry-Riddle Aeronautical University in Daytona Beach, Florida, where he also studied Business Administration.

Prior to this, James was the youngest golfer, at the age of 13, to qualify for the Florida Open Championship at Donald Trump’s Doral in Miami. At 16, he tied for 1st place at a US Open Qualifier, playing against pro golfers. He was chosen to represent the US Golf Team at an AHEPA Golf Event in Athens, Greece in 2012, where he came in 3rd in all of Europe. In addition to playing golf, James has achieved a Black Belt in Taekwondo, and enjoys playing tennis as well.

Professionally, James worked as a Scholastic Magazine news reporter from 2007 to 2011, where he attended various news events, including the Zero-Gravity Experience at NASA, Grand openings at Disney, Universal Studios, and SeaWorld, and the 2009 Presidential Inauguration in Washington, DC. His editors flew him to New York City in 2007 for a one-on-one interview with Tiger Woods, available on YouTube. He also attended the Arnold Palmer Invitational in Orlando, FL, where he interviewed Arnold Palmer himself, as well as Ricky Fowler, and VJ Singh.

James attended Embry-Riddle Aeronautical University and Daytona State College, and graduated with a B.S. in Business Administration. He graduated with a 3.46 GPA and was on both the Dean’s and President’s Lists for the last 2 years of his course.

James Pitenis served in the Ormond Beach Chamber of Commerce as an ambassador. As per his vision, James helped develop local networking groups in Volusia county, helping local business owners to connect and collaborate on cross complimentary products and services.

During his career, James has also been active in the St. Demetrios Greek Orthodox church and participates in yearly events to help serve those in need. He also supports the United States troops by participating in charitable golf tournaments and donating annually to St. Basil’s Orphanage in New York.

While in university, James maintained several part time jobs, earning close to $45,000 for his efforts at the time. He used this money to take a 33% ownership in a brand-new restaurant in Port Orange, Florida, called Tommy’s Café. This restaurant became very successful as a direct result of his marketing skills and business strategies. After 1 year of operation in November 2019, James sold his share and tripled his investment, impeccable timing since if you consider that, 2 months later, Covid-19 hit the USA.

James also worked at online marketing agency, Web Daytona, as a digital marketing expert and consultant, handling major accounts for the company. His work would contribute to an overall increase in their online presence and sales, utilizing Search Engine Optimization (SEO) methods and Google Advertising to great success. After two years with the company, James decided to venture out on his own and become an independent Digital Marketing consultant. He would go on to work with companies such as Marketing 360, Wojo Media, Armanino, Retail Venture Commerce, GermFree Laboratories, and Marketing 180, providing millions of dollars in business revenue, market positioning, automation and joint venture opportunities.

James’ most recent venture connection is with Tai Lopez, the YouTube phenomenon who selected Pitenis to handle his SEO and promote his e-Commerce Businesses, including Pier One Imports, Linens N Things, and Dressbarn.

James has also turned his attention to mergers and acquisitions, recently, identifying over $100 million in business transactions he has been able to provide to fund managers looking to purchase commercial properties as well as fund existing businesses. James has an extensive relationship with Dennis Corcoran, the executive account manager, who has worked for Centurion Capital in Beijing, China, for the past 11 years, with over $5 billion in assets worldwide.

James also successfully manages multiple commercial and residential properties for his family in Boston and Toronto, Canada, with a combined property value of over $10 million.

James lives in Daytona Beach, Florida, with his family, father, Jim, and mother, Elaine. Pitenis likes to keep his personal life private, and has not revealed too much information about his family life to anyone.

As per his hobbies, he enjoys boxing and trains at Hagler Boxing Club with Glenn Hagler, who trained Roy Jones Jr. He also enjoys playing golf with his business fellows over the weekend at Golf Courses like Oceanside golf club, Hammock Dunes, and LPGA International. He is active in the local Chess club and, sometimes, competes in chess tournaments.

In addition, James is an avid reader, and enjoys getting involved in charitable volunteer work, whenever he can.

James has been fortunate to be mentored by several successful business executives, including his father, who was President of Dainippon Screen in Toronto, Canada (head office Kyoto, Japan); National Sales Manager of Compugraphic, at the head office in Boston, MA; and General Manager of Linotype in Paris, France (head office in Frankfurt, Germany).

“Everyone must pay the price of success. Hard work, dedication and being comfortable with uncomfortable situations.”

“Stop choking on your own excuses. If you once believed in Santa, you can start believing in yourself.”

“Success is not for lazy people, it is for those who are willing to get up, dress up and fight until the end.”

“As long as you don’t stop, there is no limitation on where you’ll end up.”

Dustin Mcginty is an experienced journalist with over 13 years of writing for credible news media outlets. His depth of knowledge and expertise in the industry have made him a sought-after author and journalist. With his wealth of experience, Mcginty is now bringing his writing skills to Daytona Examiner where he is helping to bring top-notch news and information to the community. As an author at Daytona Examiner, Dustin is using his years of experience to provide in-depth analysis, insightful commentary, and thought-provoking stories.