What are Ghost Guns? 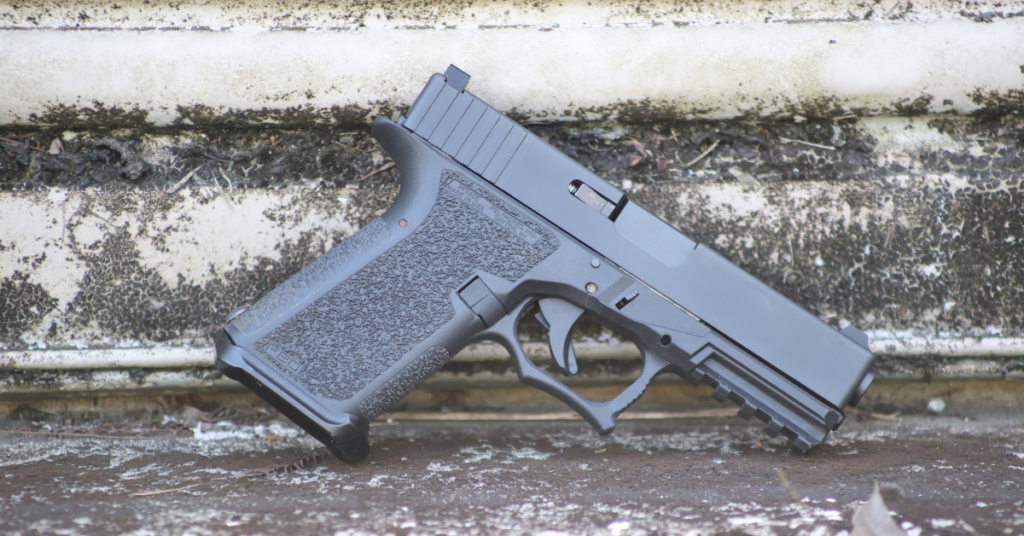 A “ghost gun” is any firearm privately assembled from a DIY build kit. These kits typically include certain amounts of finished pieces and one unfinished piece. Users must work the unfinished parts into a fully functioning piece using their own drilling/milling machinery, usually a frame or lower receiver that will require the purchaser to complete it before the weapon is usable.

Ghost guns are typically homemade and the parts needed to build these firearms are widely available for purchase without a background check. Because of current federal gun regulations, these do-it-yourself components do not have serial numbers, and this is what makes build kits or individual parts accessible to civilians without the need for any paperwork or the standard background check they would require if they were purchasing a gun from a federally licensed dealer.

All licensed gun manufacturers and importers are required to engrave identification information, including serial number, model and make, on traditionally manufactured firearms. The Bureau of Alcohol, Tobacco, Firearms, and Explosives (ATF) requires this so that, if the weapon is ever stolen or used in a crime, the information can help law enforcement officials to link the firearm to the original owner. Locating the firearm’s serial number through the national database means that, wherever it is used, it can be tracked and accounted for.

This database comes in handy not only for law enforcement but also in preventing firearms from being sold at licensed gun stores and pawn shops. The shop owner simply enters the serial number of the weapon into the national database to make sure everything is above board before moving forward with a purchase for resale.

The term ‘ghost gun’ was actually originally created by law enforcement officials, not the people buying and building them. The monicker would be adopted by the U.S. Department of Justice officials and cultivated by gun violence prevention advocates, based on various cases of individuals committing crimes using unserialized weapons. It is widely understood that this makes it difficult for law enforcement to trace firearms used to commit crimes, especially when compared to tracing a serialized gun.

The truth, however, is a lot less straightforward. There is a massive misconception about ghost guns being the de facto firearm of choice for criminals committing violent crimes. As these criminals attempt to beat the restrictions set by the government, however, they actually find new ways to get around the law in ways, many of which have nothing to do with DIY builds. In fact, there are more ways to obtain firearms illegally than you might expect. Theft is considered a bottom of the list option, since stolen guns account for only about 10% to 15% of guns used in crimes, said ATF agent Jay Wachtel.

Let’s take a closer look. One of the most common ways criminals are able to acquire the weapons they want is something known as “straw purchase sales”. This process occurs when someone with a clear criminal record legally acquires a firearm on behalf of someone who otherwise couldn’t. The intention in these cases is to report the weapon as stolen or lost after handing it over to their criminal conspirator.

The second most common method for acquiring illegal firearms is by using a stolen identity to bypass the background check and complete the legal paperwork. With this method, criminals can cut out the middle man and simply acquire the weapon themselves, before heading straight to a black market trade, which are confirmed the largest source of illegal gun transactions. The numbers prove that these sales typically come from legally licensed corrupt commercial gun dealers and at-home gunsmiths. As an alternative to this method, authorities have confirmed that criminals will often access guns through family and friends, as well, either through sales, theft or as a gift.

Just like bank robbers, focused on robbing banks, gun traffickers are mostly interested in Federal Firearms Licensees (FFLs). This is solely because that’s where the guns are, and the best way to commit a crime is with easily obtainable weapons. You’d be surprised by how large of a source FFLs are for illegal guns for traffickers, who ultimately wind up selling the firearms illegally on the streets after obtaining them.

And these aren’t small numbers, either. ATF reports show a significant diversion to the illegal gun market from FFLs filed by ATF. Of 120,370 guns used in crime and then traced back to purchases from FFLs, 27.7% from these firearms were seized by the law enforcement in connection with a crime committed within the two year timeframe of original sale.

These statistics strongly suggest that the initial purchasers or sellers of firearms themselves may have been engaging in unlawful activity. And it is worth noting that these numbers have been drastically increasing over the past few years. Case in point, the report reveals that 23,775 guns have been reported as lost, stolen or missing from FFLs since September 13, 1994, a time when, specifically, a new law took effect, requiring all FFL dealers to report theft/loss of firearms from inventory and collections within 48 hours of the discovery of the theft or loss.

When criminals are arrested, any firearms in their possession are confiscated by the law enforcement. Recent studies, however, reveals that many arrestees believe they could easily acquire another firearm illegally. This points to a disturbing proliferation of illegal, easily acquired weapons and many different avenues through which to acquire them. While law enforcement tries their best to take guns off the street, thousands of criminals, arrested, have been interviewed as part of a study supported by the National Institute of Justice. Theft is common, with 13% of arrestees admitting to having stolen a gun at some point in their careers.

However, key findings show that illegal market trade is still the most common and popular source for people motivated to commit crimes. Criminal correspondents were asked one question relating to the issue: ‘How they were able to obtain firearms’. This resulted in answers, as follows:

There’s also a problem with accountability. According to the ATF, only about 8% of the nation’s FFL dealers sell the majority of handguns that mysteriously end up being used in crimes. These entrepreneurs work hard to squeeze in big profits through under-the-table gun trafficking. Cracking down on these dealers has been a priority for the ATF, says ATF agent Jay Wachtel, and they are working on establishing closer monitoring of all activities of legally licensed gun dealers.

Wachtel added: “Let’s be honest, if a criminal is willing to commit a crime

and wants to get a gun, one way or another they will find a way to get it.”

What Vitamins Are Good For Hair Growth?

How to Protect Yourself from the COVID Omicron Variant