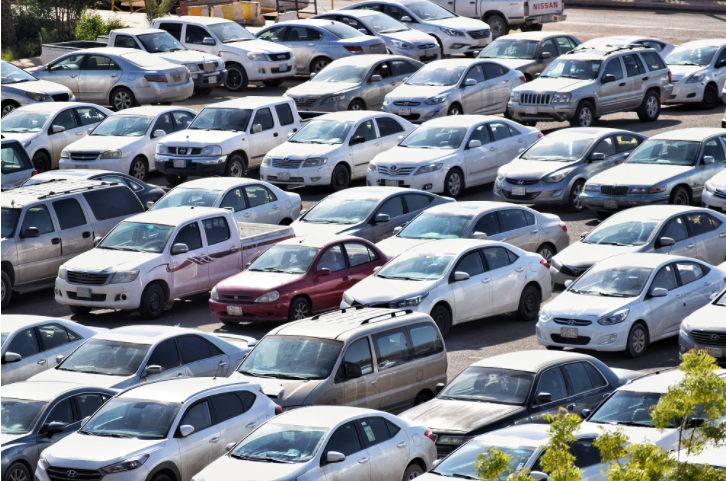 During the last few months, the used car market has exhibited erratic behavior. The spread of the Coronavirus has resulted in a global shortage of new vehicles, fueling the desire to purchase used ones.

Resultantly, as expected, used car prices also soared; in fact, they increased at a rate that dwarfed the price increase for new cars.

How Bad Is It?

Now that everyone is talking about it, let’s delve into the details and see how bad the present situation is. The graph shown below gives an idea of the overall situation.

The dramatic increase in the price of used cars overshadows the overall U.S. inflation rate as well as the price increase of new cars and houses.

This means that if you get a used car you’ll have to pay an extra 40% for the same vehicle right now because the market is too hot.

Why Are The Price Increasing?

Car prices are rising due to a single factor: a scarcity of vehicles. The reasons that have contributed to this shortage include:

Buyers are forced to purchase older vehicles because they can’t get newer ones. However, as the trend has shifted to pre-owned vehicles, their prices have skyrocketed. The following factors have also played a decisive role in increasing the prices:

During the pandemic, with businesses on the verge of collapse, many companies offered auto loans with extremely low rates. This increased the demand for cars in general.

During the pandemic, several families relocated from cities. Due to the increased risks of the disease outbreak, such people were hesitant to use public transportation and thus desired to have their own cars.

Not Many Spending Options

Another factor that bolstered the demand for automobiles was the fact that, during the pandemic, people had literally nowhere to go, leaving them with few options when it came to spending.

As their savings increased, many of them decided to upgrade to newer or better vehicles.

Dip In The US Auto Production

As shown in the above graph, the average car price in the United States began to rise after the pandemic, but the major price increase occurred after January 2021. This is when the aftereffects of the pandemic became prominent.

Meanwhile, the chip shortage had a negative impact on vehicle availability, acting as a catapult that drove up car prices like anything.

This resulted in a significant decrease in the country’s available supply of used cars.

There were approximately 3 million used vehicles for sale in the country in January 2019.

As of now, the number has dropped to around 2.3 million, and as prices rise and there is little to no chance of getting a new car, people are simply not interested in selling their vehicles.

As the prices of new and used cars have risen in tandem with U.S. inflation, the rise in car rental rates makes perfect sense.

Several car rental companies sold off their fleets during the pandemic, and with no way of buying them back now, they are in shambles.

As a result, with the remaining ones, they are charging exorbitant prices that are simply mind-boggling.

The Transformed Behavior Is Noticeable

Pre-owned car prices have always decreased during the final months of the year. However, this time the case is different.

With automakers struggling to meet demand, even dealerships are looking for ways to mint money.

Previously, consumers usually received discounts or gifts from such dealerships that tried to appeal customers by offering such incentives. This year, however, the situation is the total opposite.

In the past, there was no chance that a vehicle that was a few years old would sell for more than its original price.

However, the recent increase in used car prices has had an impact on auctions as well. The internet is going crazy over the news of a two-year-old Honda Civic with an original price of $21,000 now selling for more than $27,000.

And this is not the only case in which a car with thousands of miles has been taken away by the buyers and in such a baffling manner. A used Nissan Rogue was also sold lately for the price of a new one.

The pandemic and recent car shortage have driven the market bonkers, so now can be a good time to buy anything but cars.

This begs the question, “What can we expect from the used car market in the coming year?”

The answer is simple, but most of us will not like it. The current market price of an average used car is increasing at a rate of $100 to $200 per week.

This means that over the next few months, prices of cars that are still within reach will also rise to exorbitant levels.

The nationwide increase in used-car prices has only escalated in recent times, and with no signs of abating anytime soon, the best solution, for the time being, is to postpone the purchase of a vehicle.

However, as factories reopen globally and the workforce returns to manufacturing facilities, the supply chain will slowly get back to normal and the prices will come down, which might take a while, but will happen eventually.