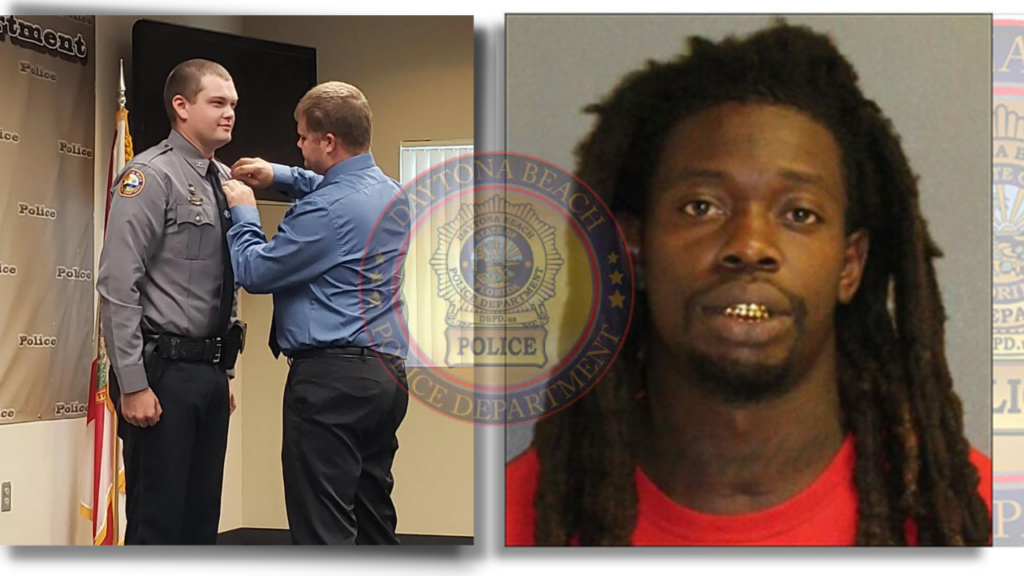 The shooting of Police Officer Jason Raynor sent shockwaves through Daytona Beach back in June. More than a month on, a suspect has been sentenced to trial, and Raynor continues to recover in hospital.

Meanwhile, the local community has continually supported the investigation and the officer through fundraising efforts, ensuring that justice is served and his family remains looked after during this difficult time.

The story so far

On June 23, Jason Raynor was shot in the head while on duty. The officer was investigating a suspicious incident on 133 Kingston Avenue when he stopped responding to his radio; shortly after, he was found on the ground suffering from a gunshot wound.

Police and body camera videos later showed him engaging with a man sitting in a car and seemingly entering a confrontation, after which he was found injured.

Raynor was rushed to Halifax Medical Center promptly following the tragic incident, where he has remained in critical condition ever since.

The community took instant action by coming together to donate blood to the local hero, while the police rushed to identify the man shown in the video footage.

Identification of the suspect

While many turned their attention to caring and praying for Raynor, police forces in the area concentrated on finding the man responsible for the attempted murder. The FBI, U.S. Marshals Homeland Security, and Georgia State Patrol all came together with local police officers to assist with the investigation.

In a matter of days, police found their first suspect, 29-year-old Othello Wallace. The man was arrested on 26 June in the early hours after he was found hiding in a property associated with the black militia group NFAC. He was identified as being the man in the car that Raynor confronted while investigating the suspicious incident he was on call for; footage shows the two men engaging in a scuffle that led to a shooting, after which Wallace drove off.

The suspect had already been charged for various crimes over the past few years, including misdemeanor traffic offenses and domestic violence.

Wallace has now been extradited to Florida and jailed on a charge of first-degree murder, where he is held in Volusia County Jail and set to appear in court on August 13. However, the search for further information continues.

Ever since the get-go, Daytona Beach locals have been instrumental in aiding the investigation — both through community efforts and financial support.

Initially, an anonymous donor liaised with the police to offer a $100,000 reward for anyone who could provide information about Othal Wallace. The amount later increased to $200k — that’s how much the police wanted this guy captured.

Community members joined the search, and some even used social media to form private neighborhood groups. This no doubt played a crucial role in identifying the prime suspect so quickly.

Even after Wallace was found and extradited, the community continued to raise money to support Raynor and his family while the officer remained in critical condition.

A perfect example of how individuals have made a huge difference is lemonade stands. The first one took place on June 27, and was so successful that the organizers ran the same event on July 4. It raised $6,000 initially, followed by another $2,600 on Independence Day itself. This far surpassed the initial target of $500.

In the last weekend of July, a Poker Run was held to raise even more money. The officer’s family put out a statement saying: “End total. 25,000 dollars. We did a fantastic job. Thank you to the whole community for coming out and supporting Jason Raynor.”

There’s also a GoFundMe page raising money for Raynor, which (at the time of writing) has reached more than $371,000 and 4.9k individual donors.

Of course, it’s not all about the money. The community has continued to express support in other ways, such as creating yard signs.

Let’s be proud of our community and pray for Raynor

The latest update from Daytona Beach Police (on behalf of Raynor’s family) was on July 14, when they posted the following statement: “Jason remains in critical condition, there have been some signs of improvements, there have also been some setbacks that prevent us from delivering all good news. He has a long road ahead, but we remain positive.”

Further developments are unlikely to be given soon out of respect for the officer’s family.

It’s rare that a shooting ends in a somewhat positive resolution, but it seems that’s what we’ve experienced happened in Daytona Beach this time.

Yet there’s still a long road to go. Even if Raynor makes it out of hospital, he’ll have a long journey of recovery ahead of him after such a traumatic incident and extensive hospital stay.

We remind you to keep him in your prayers, and we’ll continue to update you on his condition and the outcome of the primary suspect’s trial when the information is made public.